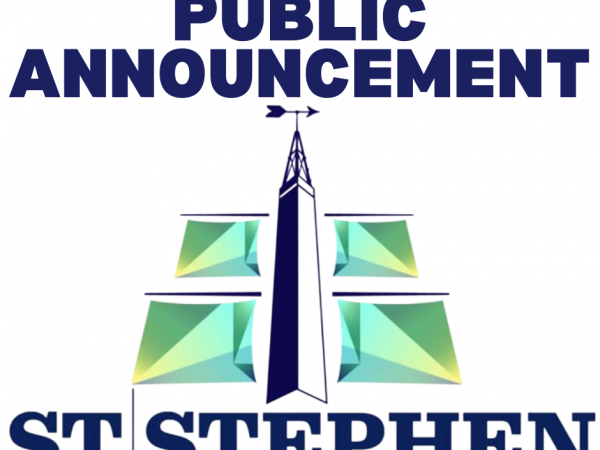 St. Stephen Mayor Allan MacEachern and Council are very concerned about rampant rumours surrounding the future of the St. Croix Public Library. The Town would like to take this opportunity to correct several aspects of the misinformation currently circulating in the community. In addressing the rumors, Mayor Allan MacEachern emphasized, “there are no proposals before Town Council to relocate or close the St. Croix Public Library”.

Source of the Rumours

In early May, Mayor MacEachern and CAO Renaud met with Executive Director and Chairperson for the St. Croix Public Library. The purpose of this meeting was to inform the library representatives that the building which currently houses the library had been identified as a potential location for a potential Town project. That location, which is owned by the Town, along with several other locations were being investigated for their feasibility. “I felt it was important that the library Executive Director and Board were advised of the investigation so that they weren’t surprised by, or wonder the intentions of, staff working on the project”.

“It was our intention that working collaboratively with the representatives of the St. Croix Public Library we could determine whether a mutually beneficial situation could be found. Unfortunately, certain individual(s) took it upon themselves to provide misleading information to the public for the sole intention of eliciting a community backlash” explained MacEachern. He continued, “perhaps even more concerning to me is the fact that many of our citizens chose not to confirm any aspect of these rumors. A simple phone call, email, or text would have saved many people much stress and concern”.

The project under investigation was to create a permanent Council Chamber capable of housing an expanded Council (2 additional members resulting from municipal reform) and to enhance the audio/visual quality of Council broadcasts, as well as provide a better venue for public participation at Council meetings. Contrary to the rumors, there was never any intention to move the “Town Hall” as that operation has settled quite nicely into the renovated Garcelon Civic Center.

CAO Renaud noted that “efforts to determine the best possible solution will continue and will address the current library location as a possibility. However, based upon recent information provided by the library Executive Director, it is unlikely that relocation of the library would prove to be the preferred solution at this time”. A formal recommendation with respect to this project is anticipated to be presented at an upcoming meeting of Council.

In closing, Mayor MacEachern offered, “While we always appreciate that our citizenry is passionate about their community, I hope that they would take time to confirm information before rendering an opinion on such issues. Our Council appreciates that our municipal staff are willing to explore all available options for solutions to our concerns. Sometimes these include less desirable options, but in exploring these we can be better convinced of the appropriateness of the option finally selected”.