Ghislaine Wheaton has been serving the residents of St. Stephen as a Councillor since May 2016. She served as Chairperson of the St. Stephen 150 Committee in 2021 and was chosen as Deputy Mayor during her second term.  Ghislaine has been elected to council for the newly formed Municipal District of St. Stephen.  She is also the Town's Strategic Priority Champion of Multi-Cultural Awareness.

Ghislaine’s interest in municipal politics lies in her desire to give back to the community and work to ensure its long-term success. She brings a professional background from the education system, where she served many years as a teacher and administrator.  She also a member of many committees and boards, including the Family Resource Centre (Secretary), Lonicera Hall (Vice-Chair), New Brunswick Society of Retired Teachers (President), St. Croix Council of Catholic Women’s League (President), and St. Stephen-Milltown Lionettes (Member).

As a child, she lived in the “Milltown” area of St. Stephen. Then enjoyed building a home and bringing up a family in “Mayfield” before moving onto a very quiet area in St Stephen. She looks forward to bringing all these experiences to the new Municipal District of St Stephen.

A dedicated community volunteer, Ghislaine believes that her most important responsibilities is to be an advocate and voice for all the people in St. Stephen. 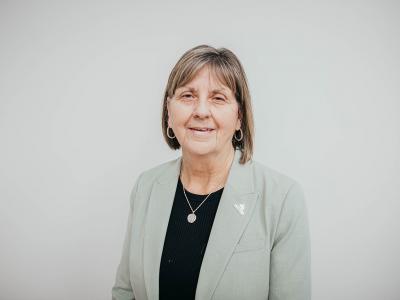